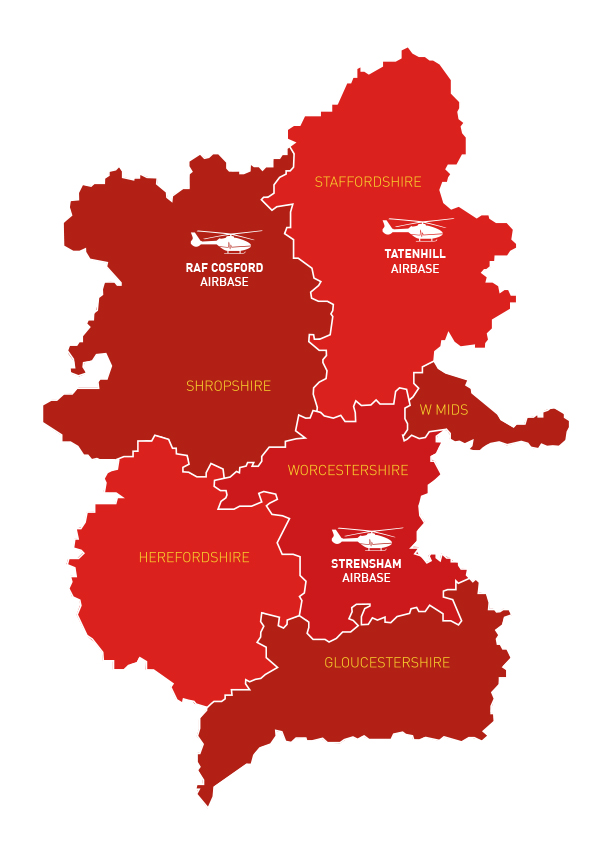 Each year it costs in excess of £11 million to maintain the three aircraft and the provision of a lifesaving service. Each air ambulance mission costs an average of £2,950. Each critical care car or cardiac car mission costs £288 on average. The charity does not receive funding from the Government or National Lottery for its daily missions so relies entirely on the support and generosity of local people and businesses.

Since 1991, we have responded to more than 70,000 missions, making us one of the busiest air ambulance services in the UK. Find out more about Midlands Air Ambulance Charity's history.

We operate from strategically located regional airbases at RAF Cosford in Shropshire, Strensham in Worcestershire and Tatenhill in Staffordshire. Each aircraft carries a crew comprising a pilot, two paramedics or a paramedic and flight doctor, plus full life-support medical equipment. Three rapid response vehicles are deployed when the helicopters are unable to fly, due to bad weather for example.

Every second counts in an emergency and on average, our crew arrive on scene within ten minutes, whether by air ambulance or in one of our critical care cars.

The charity responds to some of the most traumatic incidents including cardiac arrests, road traffic collisions and sports injuries. The aircraft reaches remote locations to attend to patients unreachable by land ambulance. 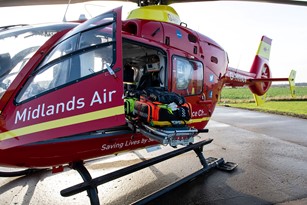 MAAC is an independent charity and healthcare provider that is registered with the Care Quality Commission (CQC). The aim of the CQC is to ensure patients can expect to receive the essential standards of quality while being treated by the MAAC team in the pre-hospital environment. At present, MAAC is waiting for its first CQC rating, which will be displayed publicly once received.

To provide patients with outstanding pre-hospital care and lifesaving intervention through the operation of helicopter-led emergency medical services (HEMS) - we will continue to save more lives and improve survivors’ quality of life through the provision of a comprehensive, transparent, clinical and operational helicopter led emergency service aligned to changing patient need and demand. 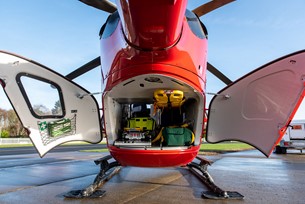 Saving Lives by Saving Time, today, tomorrow and in the future.

Check out our FAQs page.