A group of dedicated supporters, volunteers and fundraisers from across the Midland regions have been officially recognised at Midlands Air Ambulance Charity's Recognition Awards and Charity Ball 2022.

Award presented to Henry Carpenter, In the face of adversity, following a traumatic incident where a tractor ran over him, leaving him with a badly broken hip and pelvis. 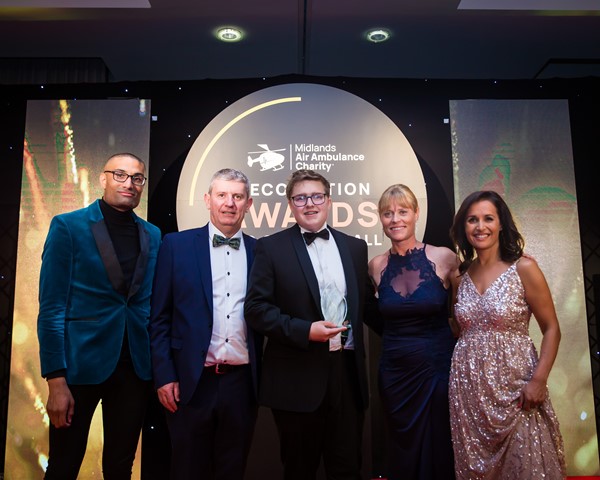 This Award goes to Alison Potts. As a longstanding charity volunteer who has attended cheque presentations, events and emptied collection tins across Staffordshire.

She now volunteers twice a week in our Newcastle shop. A few years ago, Alison’s husband was attended by Midlands Air Ambulance Charity, but he sadly passed away. She has supported us ever since. 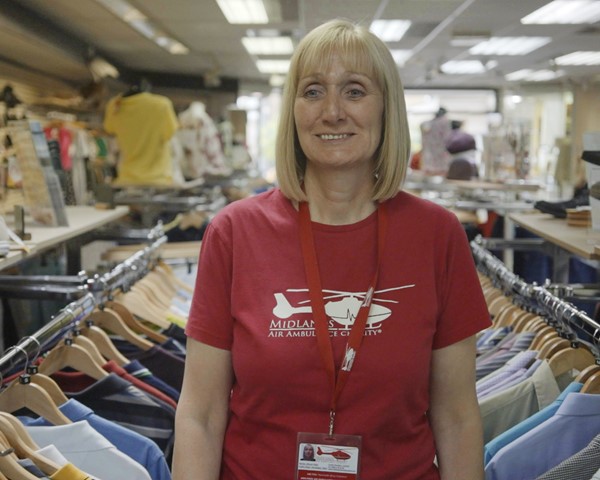 Awarded to Sally McMahon, Sally has been a volunteer with Midlands Air Ambulance Charity for four years. Before retiring, Sally ran her own business meaning she’s highly skilled at giving talks and attending cheque presentations.

Sally always puts herself forward to support at events and has a network of business contacts, which she promotes the charity to. She is a pleasure to know and have as part of the MAAC family. 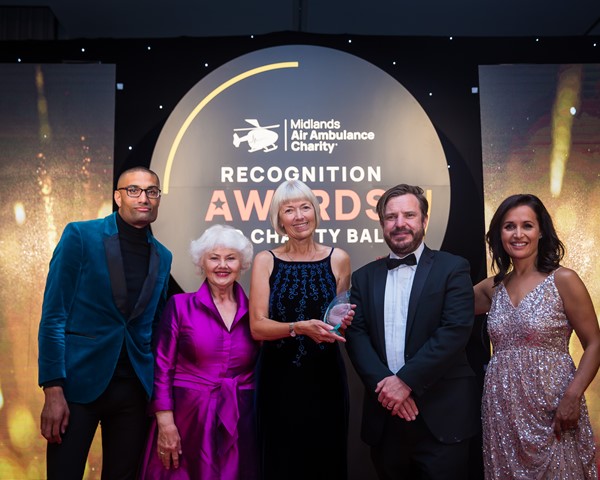 Despite continuing pandemic restrictions when fundraising opportunities were scarce, the committed employees, led by Amanda Amass, raised in excess of £50,000. This amazing contribution led to the addition of a loving tribute to MAAC’s southern critical care car.

Awarded to the following:

Craig Guy, Craig and his family lost brother, Joe following a horrific cycling accident. Ever since, Craig has organised annual fundraisers, even during the pandemic. Craig and the Guy family have raised in excess of £25,000 in just under five years. Their support of Midlands Air Ambulance Charity now means more than 300 cyclists take part in their events, each year.

The Residents of Lansdowne Avenue, The amazing residents of Lansdowne Road in Branston, Staffordshire adorn their houses, vehicles and front gardens with vibrant Christmas decorations, every year. Nearly all 33 homes get involved with some even dressing up in festive outfits themselves to raise money for Midlands Air Ambulance Charity. Last year, in excess of £13,000 was raised helping to fund eight missions.

Steve Benton, Since 2018, Steve has organised golf days in aid of Midlands Air Ambulance Charity. He does this whilst also running a successful logistics firm. He personally makes sure that each year’s event is a success by fully booking up the event with teams, organising raffle prizes and ensuring that a great day is had by all. Overall, Steve, who was previously airlifted by our charity, has raised in excess of £20,000 funding 14 lifesaving missions.

Chris Devney, Chris has gone above and beyond in his efforts to raise funds and awareness for Midlands Air Ambulance Charity. His determination to keep putting one foot in front of the other has resulted in three gruelling walking challenges. Chris has now clocked up more than 500 miles across three walks. 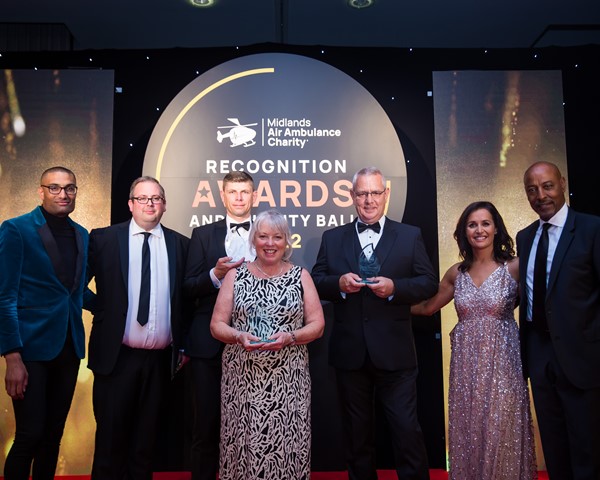 Presented to Sophie Price, In March 2018, Sophie was involved in an RTC and suffered life-changing injuries. Despite having to recover from head trauma, which caused physical and cognitive injuries, Sophie attended a fundraiser for Midlands Air Ambulance Charity at Kidderminster College just a few short months after her incident.

Since then, she has undertaken several fundraising and awareness activities including walking 27 miles in the Airbase Challenge, taking part in the Mission Critical campaign and hosting her own successful fundraising event. She does all of this with a smile and a great sense of humor. 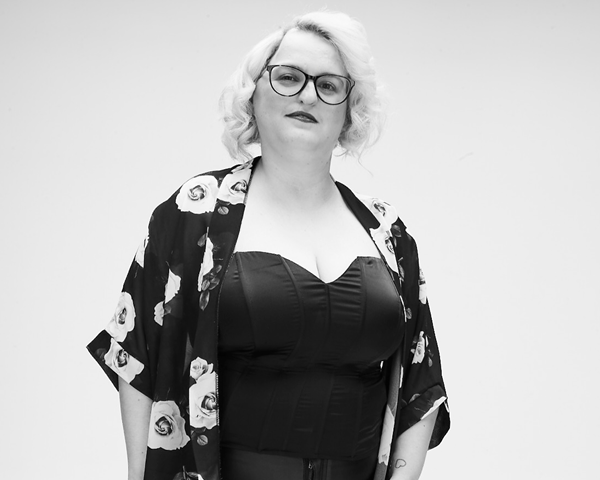 Presented to M6toll, M6Toll is a longstanding corporate supporter of Midlands Air Ambulance Charity for 19 years.

Throughout the pandemic, the organisation ensured MAAC received continuous support with members of the M6toll team taking on the 2021 Airbase Challenge. In addition, M6toll’s dedication to helping youngsters in the local community to develop, through its sponsorship of partner initiatives with including the MAAC Moguls project and the Sky Champs training and education programme. 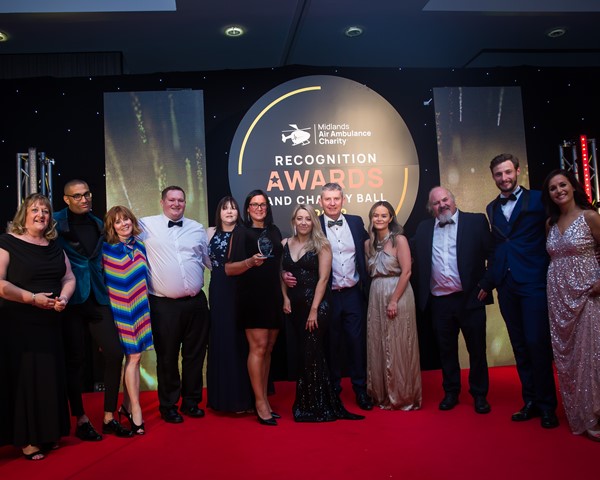 The Award goes to Sri Dasmesh Sikh Temple, In 2021 at the height of the Covid-19 pandemic, the Sri Dasmesh Sikh Temple in Birmingham donated funds to several local charities in need. After Midlands Air Ambulance Charity’s helicopter landed nearby and committee member, Rajinder Beghal learnt that the service receives no Government funding for its daily missions, the Temple’s committee then decided to raise more funds for charity. In excess of £59,000 was raised with £21,000 donated to MAAC – funding 17 lifesaving missions. 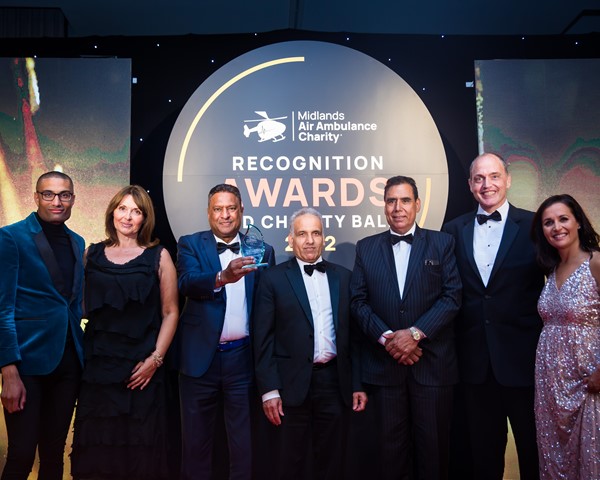 Always one to go above and beyond the call of duty, Fay has recently supported projects with the Future Faces Chamber of Commerce and has also offered significant insight and development into the Learning from Excellence programme. 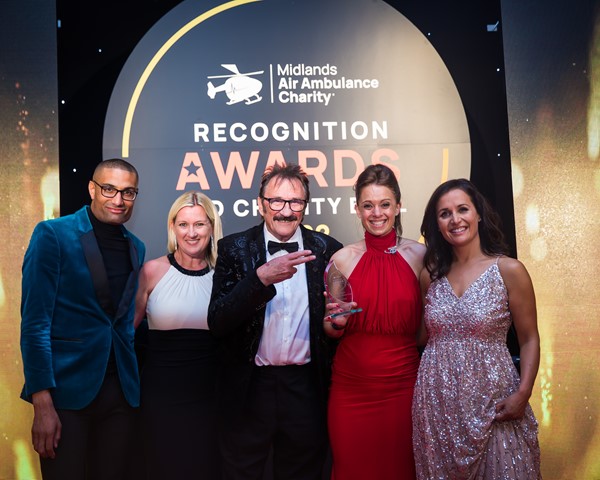 Presented to Phoenix Group, Phoenix Group supported Midlands Air Ambulance Charity throughout a six-year partnership. The partnership was officially due to end, just as the Covid-19 pandemic took grip. Despite this, Phoenix Group continued to support the charity during a time when workplace fundraising was near impossible, with an additional donation of £50,000 funding 35 lifesaving missions. 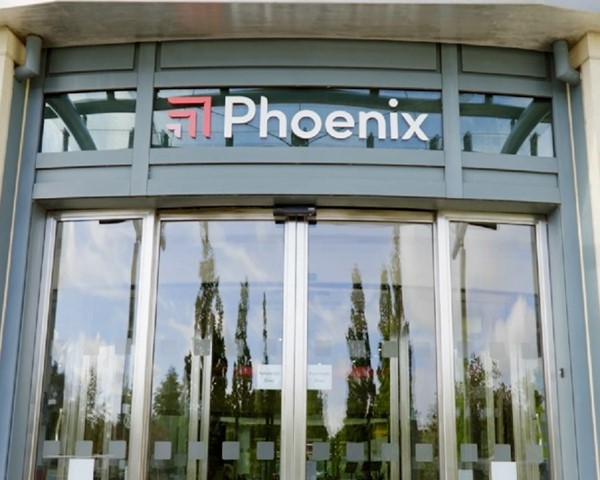 In February 2020, Yasmin Jukes, aged 17 at the time, was treated by Midlands Air Ambulance Charity’s aircrew after fainting and falling backwards down the stairs at her home in Whitchurch, Shropshire.

Dr Jon Bingham and CCP Richard Apps responded to the incident on MAAC’s HMED03 helicopter from RAF Cosford. After assessing Yasmin, crew found she had sustained a traumatic brain injury, multiple bleeds and blood clots to the brain, a fractured skull, severe swelling to the brain and an open fracture on her finger. Her condition was very serious.

The crew provided advanced medicines to Yasmin, including putting her into an induced coma before travelling with her via land ambulance to Royal Stoke University Hospital to monitor and provide further enhanced care on the journey.

On arrival at hospital she was on a ventilator for a week and had an intercranial pressure bolt inserted and a craniectomy. She spent almost two weeks in intensive care and a further four weeks on a neurology ward.

The crew are being acknowledged for the advanced critical care they delivered to Yasmin, which resulted in her being neurologically intact after a significant head injury. She has now enrolled onto a full-time degree in Biology at Loughborough University and pass her driving test within just 19 months of such a horrific medical episode and subsequent traumatic injuries. 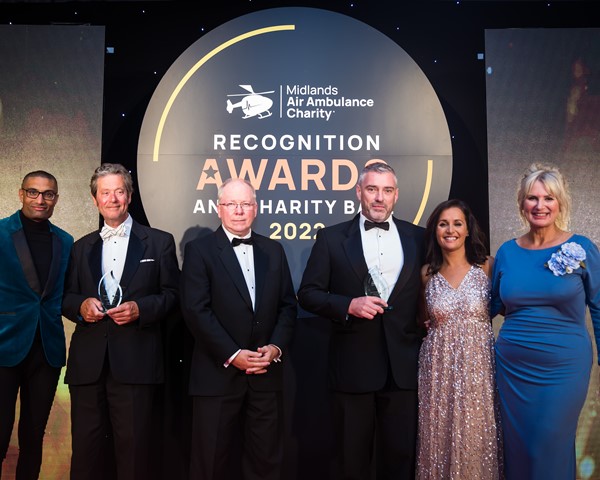