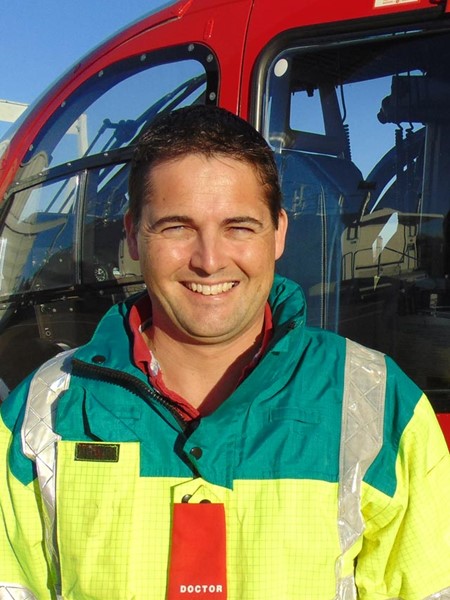 Dr Mark Nash has been a consultant anaesthetist with a specialist interest in major trauma at the University Hospital of North Midlands since 2005. His interest in pre-hospital medicine spans over 25 years from when he was an ambulance technician in London St John ambulance as a medical student in the late 80s, moving onward to work as a registrar on the London HEMS, and all the way through to being the chairman and clinical lead for highly respected North Staffordshire BASICS scheme, a regional Medical Incident Officer and a HEMS/MERIT doctor working with Midlands Air Ambulance Charity and WMAS. As well as his operational experience, Mark has a keen interest in pre-hospital education, having started on the original commissioning team and now running the majority of the modules for the critical care paramedic programme at the University of Hertfordshire. 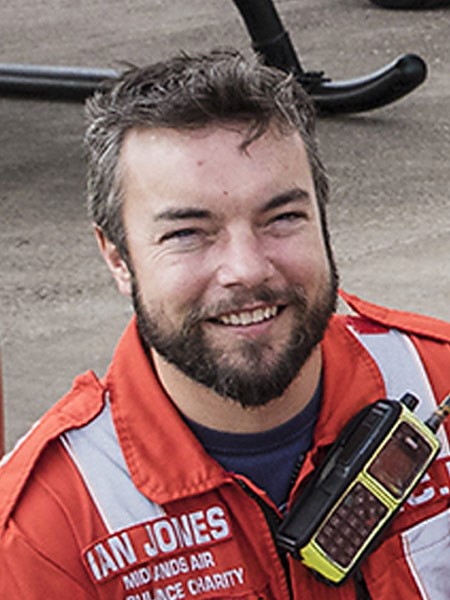 Ian Jones first joined the Ambulance Service in 1998 and since then has worked at both Cosford and East Midlands Airport.
In 2008, he was appointed Aircrew Team Leader at Tatenhill, and in 2021 became Air Operations Manager

Ian says, “Being part of Midlands Air Ambulance Charity is a privilege and I would encourage any paramedic to apply. It’s a tough selection process but then I always say - if I managed it, anyone can!”

Away from work, Ian lives in Staffordshire with his wife Sally.