Kart4Life is our annual 4 hour Charity Challenge where we invite teams to take to the driving seat in order to be crowned karting heroes. By competing in this epic karting marathon you will help in raising lifesaving funds. 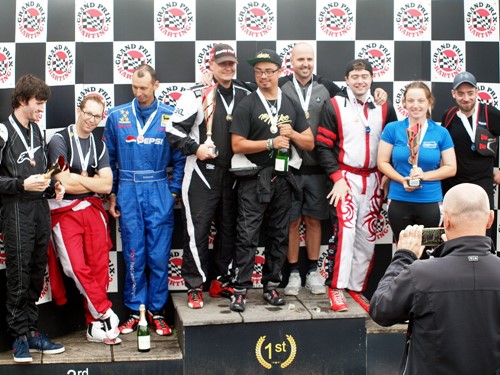 Bravely battle as a team of two or spread the huge 5 hours of track time amongst a larger team of up to eight drivers.

This special event will start at midday with an unbelievable Club Members price of £320 per team. Membership can be obtained at the circuit for just £5 p/p if you are not already Club Members and will last for an entire year.

The event will be held on the massive International Circuit which not only measures in at a distance of 1km but has also been graced by F1 World Champions Nigel Mansell and Jenson Button. Teams will receive a full 1 hour qualifying session followed by a staggering 4 hour non-stop endurance race to the chequered flag.

Places are strictly limited and almost £2500 has been raised in the previous 2 years. This year we are raising the field to 16 teams in a hope to raise an even greater monetary amount. Book now and help us raise vital funds, 25% of all race fees will be donated to the Midlands Air Ambulance Charity.

Visit www.grandprixkarting.co.uk to learn more or to secure your team place for just £100.