Two women and a man have been airlifted to hospital following a collision involving two motorbikes this morning. 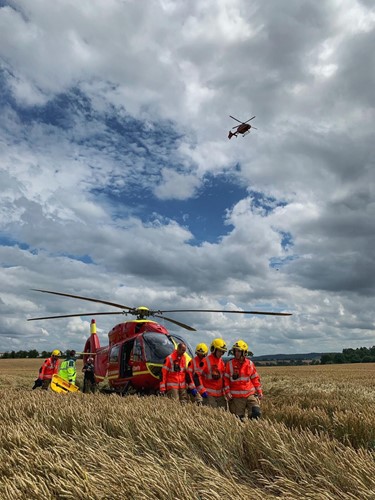 A West Midlands Ambulance Service spokesman said: “On arrival, crews discovered two motorbikes that had been in collision and a total of three patients.

“One of the riders, a woman, was found to have suffered multiple serious injuries. She received specialist trauma care at the scene and was airlifted to Queen Elizabeth Hospital, Birmingham in a serious condition.

“The rider of the second motorbike, a man, and his pillion passenger, a woman, were both treated for multiple injuries and airlifted to Southmead Hospital in Bristol.”

Want to help fund the next mission?