A Grand Way to Save Lives in the Midlands 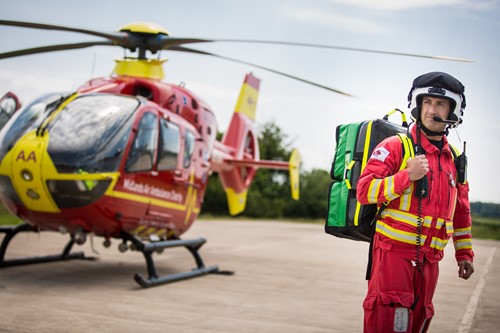 As part of Midlands Air Ambulance Charity’s 30th anniversary celebrations, and due to a community fundraising shortfall over the last 12 months, the vitally important service is asking people across the Midlands to join in the fun and play its Lifesaving Lottery.

The local charity, which responds to an average of 13 lifesaving missions across the Midlands per day, has an established lottery scheme which boasts almost 69,000 members. With chances for participants to play more than once, the current total of live numbers played on a weekly basis is in excess of 95,000, funding four out of ten critically important missions.

The scheme has increased in popularity over the last three years. Thanks to the generosity of supporters, the Lifesaving Lottery raised over £3.8 million** in 2020 funding 1,290 air ambulance and 2,580 critical care car lifesaving missions. This popular way to support the charity is enhanced because for a donation of £1 per, the supporter also has the opportunity to win prizes – either a jackpot cash prize of £1,000 or four prizes of £25.

Emma Gray, chief operating officer for Midlands Air Ambulance Charity, said: “Its thanks to the kindness of local people, like the supporters of our Lifesaving Lottery, we are able to continue making critical care missions possible and saving lives across the Midlands. This year has been exceptionally challenging for us all, which is why we offer this additional way for support the charity, which is mutually beneficial as the supporter also has the chance to win money each week, while helping to fund our extremely important pre-hospital service.”

For full terms and conditions, visit the lottery webpage.

** This represents 79 per cent of the total proceeds, after prizes and expenses and means every four in ten missions attended by the charity, is funded by the Lifesaving Lottery players.