Cardiac arrest or heart attack - do you know the difference?

We asked our clinical lead, Dr Mark Nash, to explain it in layman's terms. 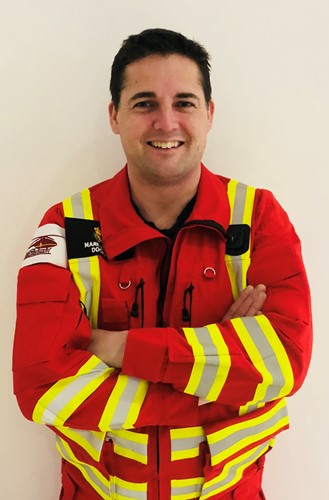 The heart pumps blood around the whole body, and also supplies blood to the heart muscle itself via the coronary arteries. With time and many other factors including lifestyle and other associated diseases (such as diet, obesity and diabetes), they can become furred up and the flow in the vessels restricted.

For some patients, when they stress their heart too much (such as with walking up a steep hill), the furred up blood vessels are unable to supply the heart with enough blood and the muscle struggles. This situation leads to what we know as angina. Slowing down or taking a drug to increase the flow in the coronary arteries (called GTN) can often help.

For other patients, these coronary arteries can suddenly block off due to bits of the furring breaking off and stopping blood flow to an area of the heart. This situation can lead to severe pain, a drop in blood pressure and changes in breathing. This situation is known as a myocardial infarction; better known as a heart attack. The main treatment for a heart attack is the use of clot busting drugs or treatment in a specialist centre where they can use devices to remove the clot and place stents to hold the vessels open.

If the clot is big enough during a heart attack then large areas of the heart muscle can become affected and this results in the heart stopping. Even if not blocked off, in some hearts the electrical control can go wrong resulting in a condition called ventricular fibrillation. Both conditions result in the heart stopping; better known as a cardiac arrest.

Management of a cardiac arrest involves the ‘chain of survival’ which incorporates early recognition and call for help, early CPR, early defibrillation and post resuscitation care.