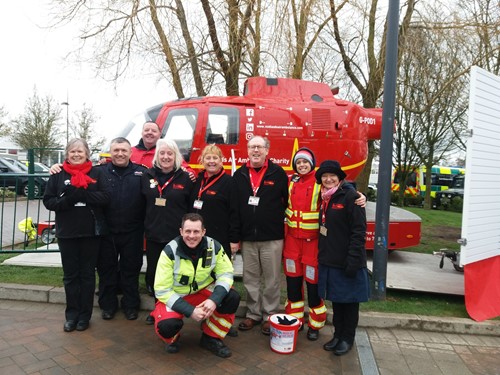 “We pride ourselves on having a strong affiliation with the equestrian community, and are extremely grateful for their ongoing support,” states Emma Gray, fundraising and marketing director for Midlands Air Ambulance Charity.

She adds: “Unfortunately, on average we are called out to a horse rider every four days. With each air ambulance mission costing £2,500, the money raised at the Cheltenham Festival will go towards vitally important future air operations.”

During the four-day event, Midlands Air Ambulance Charity’s team undertook bucket collections and encouraged text donations. Festival-goers were given the chance to view the charity’s decommissioned helicopter pod and exhibition unit, to gain further understanding of the work of the lifesaving service.

In addition, as part of the charity’s ongoing partnership with Cheltenham Racecourse and The Jockey Club, one of the organisation’s air ambulance was situated on the infield during the festival in case of emergency. 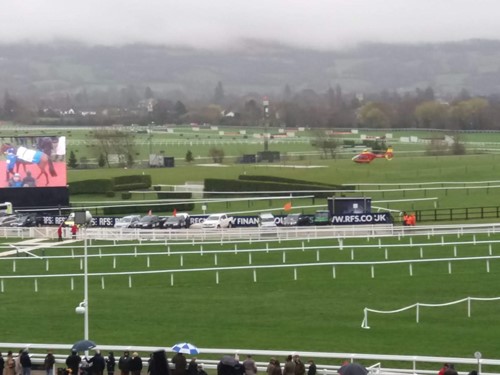 For racing fans, Midlands Air Ambulance Charity is hosting a behind the scenes experience at Worcester Racecourse on 16th September, sponsored by TP Pools Services Ltd. The exclusive day will include breakfast and a tour of David Dennis’ yard and world class facilities, a meet and greet with a jockey, behind the scenes access at Worcester Racecourse, an award-winning meal and a private box to view the racing. Due to the exclusivity of the event, places are limited.

Find out more and book here.