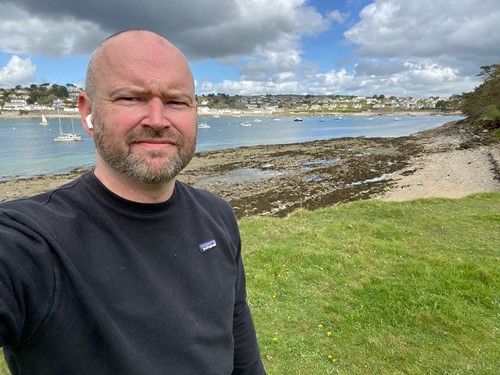 (Image caption: Former patient, Alastair Timmis from Worcester, is just one support who has signed up to take part.)

Staff from Midlands Air Ambulance Charity have pledged to take part in this year's Walk4Life event in Kidderminster and supporters can now do the same to raise vital funds for the pre-hospital emergency service as booking is now open!

Fondly known as 'Rock Pound the Bounds', the annual Walk4Life event is returning to Rock in Bewdley for its 21st year and participants can take place between 8am and 3pm on Sunday 1st May. Do book your place now on the Walk4Life page

Staff are hoping walkers and runners will turn out in strong numbers to help raise in excess of £2,950 for the charity, which will find a lifesaving air ambulance mission.

There's a route to suit everyone - from a three-mile treasure trail for families, through to 26 miles, ideal for long-distance walkers and trial runners. For something in-between, participants can sign-up to walk or run six, nine, 13 or 18 miles.

Former air ambulance patient, Alastair Timmis from Worcester, is just one supporter who has signed up to take part. He was treated by Midlands Air Ambulance Charity's advanced critical care team a few years ago after he sustained an traumatic injury while playing football, which resulted in a double fracture and dislocation of his right ankle.

Commenting, Alastair said: “I feel forever in debt to Midlands Air Ambulance Charity which is why I've taken part in numerous events over the years to raise money for them, however Walk4Life will be my toughest yet. My ankle has never fixed fully and I'm no longer able to run or play sports - ambitiously I've signed up to walk 26 miles which will be a massive test for me! I'm determined to do it to raise as much money as I can for this fantastic cause."

Ian Wilson from Rock Village Hall Committee is leading a group of volunteers who run the event. He added: "Walk4Life is one of the most popular events in our fundraising calendar because there's a distance to suit everyone. Anyone of any age, ability or fitness level can take part - from families who enjoy relaxing walks in the countryside to those who prefer something a little more energetic.

"Anyone who is keen to get their walking shoes or trainers on for charity is guaranteed a great day out in the stunning Worcestershire countryside and they'll be raising funds for a great cause at the same time.”

Over the past 21 years, the Walk4Life event has generated around £50,000 for Midlands Air Ambulance Charity via registration fees and sponsorships.

Walk4Life tickets are priced from £5 for adults and £2.50 for children under 13. To book your place visit the Walk4Life page