Give the Gift of Gift Aid and Help Save More Lives

Midlands Air Ambulance Charity is raising awareness of the importance of Gift Aid in future-proofing and funding its lifesaving pre-hospital emergency service and daily missions. This is following HMRC findings[1] which showed that 25 per cent of all donations given to UK charities that could have been Gift Aided, were sadly not.

Midlands Air Ambulance Charity is encouraging supporters to ‘Tick the Box’ and declare their status as a UK taxpayer so the charity can benefit from a boosted donation at no additional cost to the supporter. Donors can either make a new donation, or if they have already donated this financial year, they can contact the charity to declare Gift Aid. 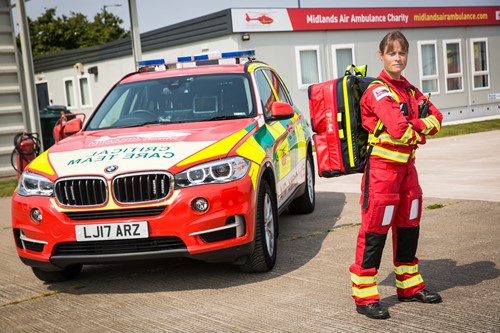 Gift Aid can be reclaimed by Midlands Air Ambulance Charity from HMRC. Therefore, for every £1 donated by an eligible UK taxpayer, an extra 25p will be donated by the Government with no additional cost to the taxpayer.

Emma Gray, chief operating officer for Midlands Air Ambulance Charity, said: “Gift Aid is an extremely important income stream for the charity, as it enables us to boost donations for already gifted to us at no extra cost to the donor.

“During the past financial year, Gift Aided donations help create additional fundraising income for our lifesaving service, making dozens more lifesaving missions possible. With information from HMRC stating charities are eligible for even greater Gift Aid funding, we are urging our donors to tick the Gift Aid box to help our charity even further.”

To find out more about Midlands Air Ambulance Charity’s vital, lifesaving work in your local area, visit midlandsairambulance.com/support-us/gift-aid and follow the organisation on social media.