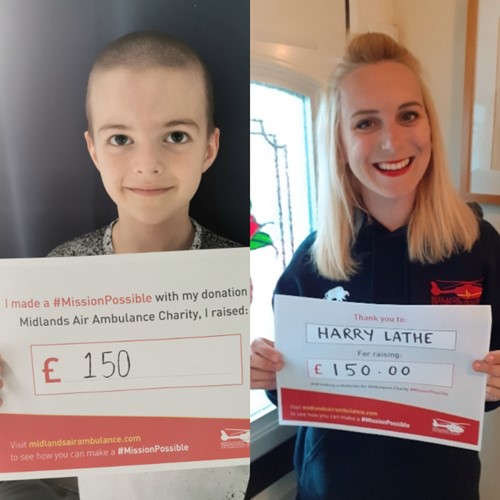 Staffordshire youngster, Harry Lathe, wanted to give something back during the COVID-19 crisis. He decided to raise money for two local causes, including Midlands Air Ambulance Charity.

After much deliberation six-year-old Harry decided to split any funds raised from shaving his hair off between the local air ambulance and Cannock and District Foodbank.

Harry exceeded his goal and raised £300 to split between the two local charities. His JustGiving page is still taking donations, so this number is set to rise. You can find more information directly from Harry here: justgiving.com/crowdfunding/danielle-lathe?utm_id=2&utm_term=B92wpeJnY

Kelly Weatherer, Staffordshire fundraising executive for Midlands Air Ambulance Charity, said: “On average, the charity treats a child every other day, so support from Harry, who has been so eager to help and has shaved his hair off for us is truly amazing.”