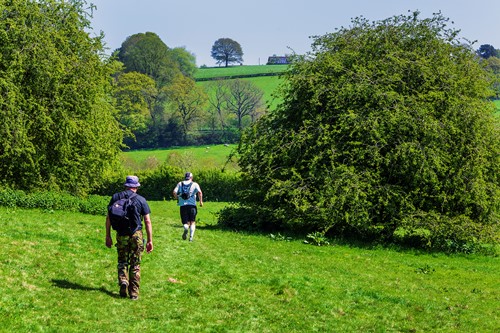 Midlands Air Ambulance Charity is delighted to announce its popular annual Walk4Life event in Rock, near Kidderminster, is back and is inviting supporters in and around Worcestershire to join in on Sunday 22nd August 2021.

Participants of all ages can ‘pound the bounds’ and enjoy the beautiful surroundings as they choose between a three-mile family treasure trail and a six-mile distance.

Walk, ramble or run the route, which boasts stunning views and scenery of the local countryside. Registration is just £3 for the family treasure trail and £7 for the six-mile route.

Due to current restrictions and the popularity of the event, the routes have been limited to two distances this year, but intentions are to bring the full event back in 2022.

Colin Thornton, part of the group who originally created the pound the bounds event, said: “I am so pleased we have been able to find a way of running this ever popular event, albeit in a pared down version, and in so doing raising vital funds for Midlands Air Ambulance Charity.”

Emma Gray, chief operating officer for Midlands Air Ambulance Charity, said: “Community-based fundraising activity has been significantly impacted over the last 12 months. This has continued to be case for the first part of this year, as many of our usual annual events have been cancelled due to the pandemic. With lockdown measures easing, we are delighted to bring back Walk4Life this August and look forward to meeting supporters in person outside in the beautiful countryside – it’s been a long time!

“Midlands Air Ambulance Charity attends on average thirteen missions every day in our air ambulances or critical care cars, and last year 30 per cent of these were in Worcestershire. Walk4Life is a fantastic way for people to get out and enjoy the countryside while raising money for our lifesaving local charity.”

To find out more about the event and register online, visit the Walk4Life Events page and follow the organisation on social media.