More than 4,000 Miles Pledged – Supporters Step Up For Airbase Challenge 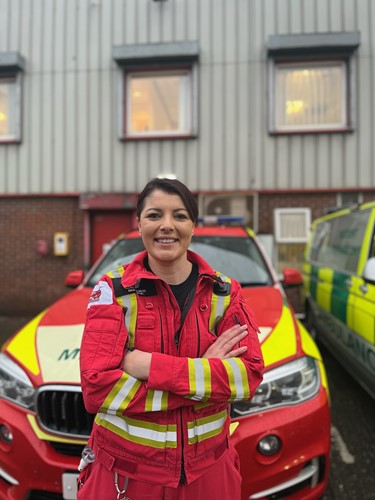 Fitness fanatics across the region have pledged to cover in excess of 4,000 miles in support of Midlands Air Ambulance Charity’s Airbase Challenge.

The virtual event launched in 2021 as part of the charity’s 30th anniversary celebrations. More than 400 people participated in the inaugural Airbase Challenge which raised more than £65,000 helping to make 67 of the lifesaving service’s daily missions possible.

This year participants can cover four distance options from 27 to 121 miles, which represents the distance between the charity's three airbases at Tatenhill Airfield in Staffordshire, RAF Cosford in Shropshire and Strensham Services on the M5 in Worcestershire. Supporters can run, jog, walk, swim or cycle or even pogo and take part as an individual or in a group. Once they start, they have 30 days to complete the activity.

Emma Wood, head of fundraising and marketing for Midlands Air Ambulance Charity, said: "Entrants have already pledged an impressive 4,113 miles, the equivalent of walking between the UK and the Caribbean! This is a remarkable figure and an incredible distance to cover and we would like to encourage even more people who are thinking about getting fit or doing something active to support our lifesaving cause to consider signing up to our Airbase Challenge.

"We have an ambitious target to raise the £10 million we need this year to maintain our vital work across the six Midlands counties we serve. The Airbase Challenge is a great way for anyone looking to improve their fitness while raising funds so we can continue to operate our lifesaving pre-hospital emergency service."

Four members of Midlands Air Ambulance Charity's aircrew are also  taking part in the challenge as team captains to keep people motivated and provide support. It costs just £5 for individuals to enter or £10 for a group of up to four people. Individuals who raise £75 in sponsorship, or £100 as a team, will receive a commemorative medal.

The Airbase Challenge ends on Tuesday 31st May with the final day for signing up being 1st May.