Own A ‘Dream Horse’ For Midlands Air Ambulance Charity 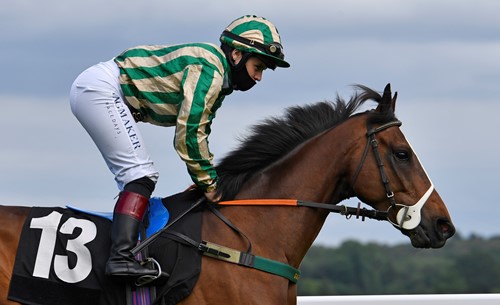 In a similar style to the newly released film, ‘Dream Horse’, where locals from a Welsh village put money together to buy and train a racehorse, members can sign up to collectively own a racehorse under the discounted rate of just £80 for a 12-month MAAC Crowd membership, which would usually cost £100.

£30 of this membership fee will go towards Midlands Air Ambulance Charity, as will a share of any prize money earned by the horses. Members will get a whole range of benefits, including the chance to go racing as an owner, invites to stable visits and access to an exclusive member-only website and app, packed full of behind the scenes updates and videos on the horses, their well-being and running plans. Membership will also include access to Crowd Racing’s Gold and Green Crowd, an established racing club with more than 10 horses actively running.

This is an introductory offer from Larbert-based company, Crowd Racing, who have started a partnership with Midlands Air Ambulance Charity to recognise the service’s thirty years in operation.

Craig McKenna, managing partner at Crowd Racing, said: “The lifesaving service provided by Midlands Air Ambulance Charity is incredible, and as a helicopter emergency medical operation, many of us in the equestrian world appreciate the importance of an air ambulance and the skills of the aircrew on board. We, at Crowd Racing, are delighted to support the charity through the MAAC Crowd, as it celebrates its 30th anniversary.”

Abbie Hawkins, partnerships executive at Midlands Air Ambulance Charity, added: “Our charity airlifts a professional or novice horse rider on average once every four days. As a lifesaving pre-hospital medical service, which relies solely on the generosity of the public and local businesses to keep our daily service operational, our charity is extremely grateful for the support of Crowd Racing. This is a fantastic initiative for any horse racing fans to get involved.”

To register for the Crowd Racing membership in support of Midlands Air Ambulance Charity, visit the Gold and Green website.

To find out more about Midlands Air Ambulance Charity’s lifesaving service, visit the charity charity website and follow the organisation on social media.