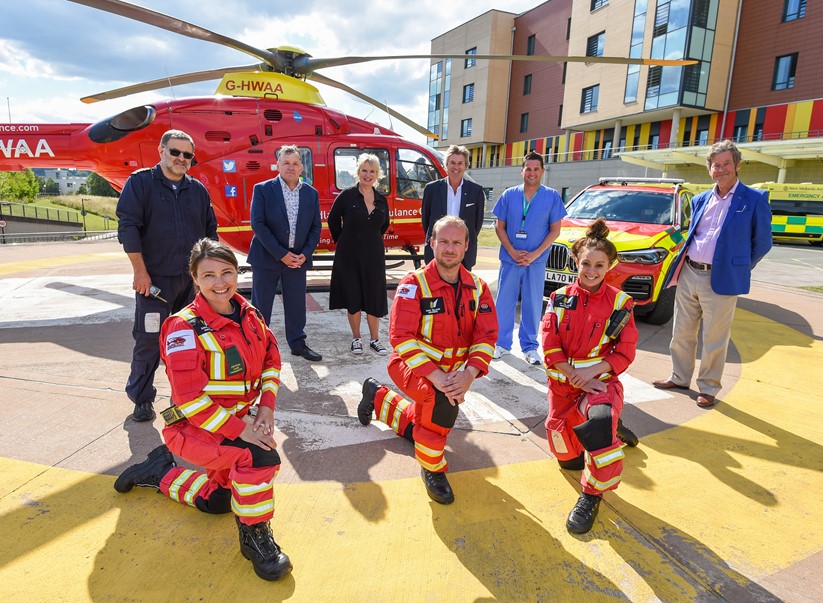 A new lifesaving service has been launched by Midlands Air Ambulance Charity in Stoke-on-Trent and Staffordshire.

Following extensive research into patient need across the area, the charity has introduced a new critical care car service in the region which has already been dispatched to more than 80 incidents since May 2022, helping to save many lives.

The new northern critical care car was funded by a £60,000 donation from the HELP Appeal – the only charity in the country that funds NHS hospital and air ambulance base helipads. It operates from 10am until 10pm daily, is run by a critical care paramedic. They rapidly bring advanced skills, medicines and hospital-level equipment to the incident scene, giving patients the best chance of survival and good recovery.

The car is adding to the lifesaving service already provided by Midlands Air Ambulance Charity in built up areas such as Stoke-on-Trent and the surrounding areas. The service, which also has an air ambulance helicopter based at Tatenhill near Burton-on-Trent, is available to help patients in Stoke-on-Trent and Staffordshire on a daily basis.

Ian Jones, clinical operations director for Midlands Air Ambulance Charity, states: “We will always remain a helicopter-led pre-hospital emergency care service, but our critical care cars enhance our ability to save lives. The northern car enables our highly-trained critical care paramedics to offer early advanced medical intervention to patients in Stoke and Staffordshire with serious medical emergencies and those who have suffered trauma.”

The northern critical care car has been funded by HELP Appeal and is the third of its kind to enter Midlands Air Ambulance Charity’s fleet of critical care cars. These are in addition to three helicopters covering six counties across the Midlands.

Ian adds: “The critical care paramedic on-board the car will support the vitally important work of the staff within the NHS ambulance service. We have invested in the advanced training of our critical care paramedics at masters degree level to increase their effectiveness. In addition, the cars are equipped with the same advanced medical equipment and drugs as our helicopters, so we can bring parts of the emergency department to the patient. This is to improve survival rates and restore quality of life.” 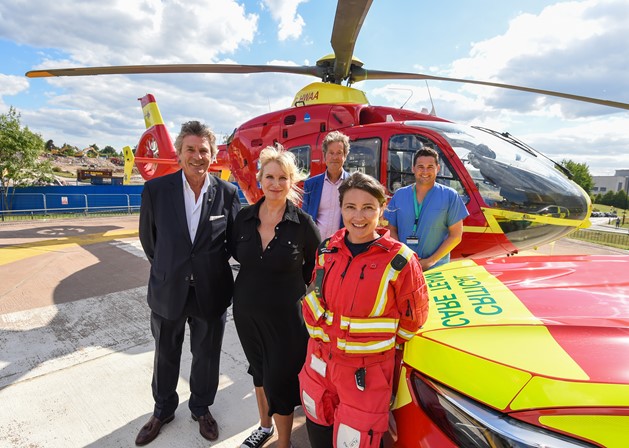 Robert Bertram, chief executive for the HELP Appeal, which provided a grant to fund the new car and its two sister critical care cars across the region, said: “We are a charity that is dedicated to saving lives, whether that’s funding hospital helipads, lifesaving equipment or in this case, critical care cars.  This new vitally-important service has the potential to save many lives across Stoke-on-Trent and Staffordshire each year.

“I am sure  people across this region will be reassured that Midlands Air Ambulance Charity’s helicopters will be bolstered with the new car service.”

To find out more about Midlands Air Ambulance Charity, and how you can support the organisation with future lifesaving missions, see the charity website and follow the organisation on social media.