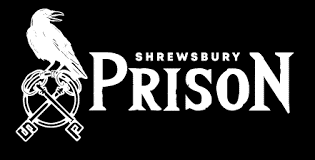 This is your chance to send your boss to prison for a night, all in aid of Midlands Air Ambulance Charity. The organisation has joined forces with HM Prison Shrewsbury and is inviting employees to sign up their CEOs and senior managers to its Jail or Bail event, with the aim of fundraising bail to be released. 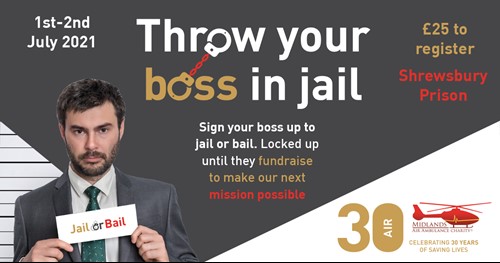 Shrewsbury Prison, known as ‘The Dana’, is one of the spookiest former jails in the UK, having been a place of public executions throughout the 1800s. However, Midlands Air Ambulance Charity is asking people to help fund lifesaving missions by signing their boss up to its much-anticipated Jail or Bail event.

Participants’ custodial stay will begin on the evening of Thursday 1st July with release scheduled for the following morning, if they raise the funds needed. However, plenty of challenges can be expected to make their stay as unpleasant as possible.

A registration fee for the event is required at a cost of just £25 and you will need your manager’s consent before registering them for the event. To register, visit the Jail or Bail event webpage before Sunday 27th June. 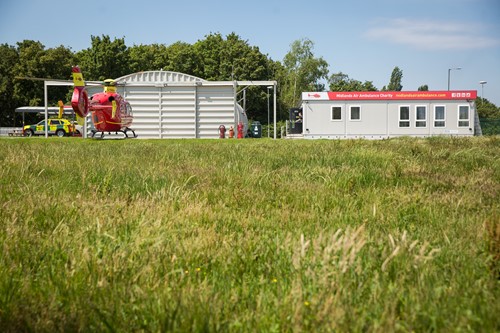 Pam Hodgetts, corporate partnerships manager for Midlands Air Ambulance Charity said: “As a charity built within the communities we serve, we always look to hold events and activities for our supporters to get involved with. Jail or Bail will be a lot of fun for all involved as well as helping us raise much needed funding for our vitally important service.”

Some of those already signed up include management of The Jockey Club, Kelly Plant Hire and RAC.

To find out more about Shrewsbury Prison, visit www.shrewsburyprison.com