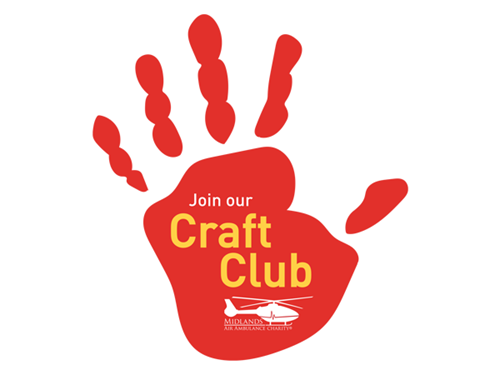 The pre-hospital emergency service, which treats some of the most critically ill and injured patients in the Midlands and North Gloucestershire each day, has launched its Craft Club to encourage more support to help make its lifesaving missions possible. The charity, which is celebrating its 30th year of saving lives, has even partnered with a local arts and crafts supplier, Meloca Designs, to create a bespoke cross-stitch pattern of one of its air ambulances and critical care paramedics, for those who need a little more inspiration. 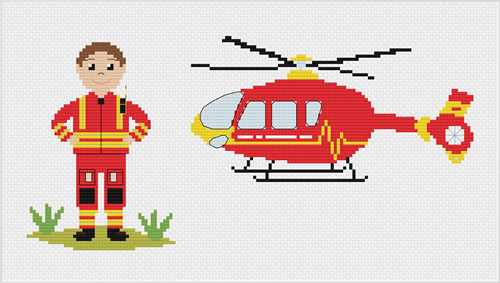 The first rule of Craft Club is to get involved, you can do so by visiting: the Craft Club webpage.

Then you can knit, sew, cross-stitch, bake, paint, draw or create anything that you wish, and sell to raise funds.

Alison Hill, volunteer manager at Midlands Air Ambulance Charity, said: “I’ve personally always been fond of arts and crafts but I’m aware that many people learnt new or improved on their crafting skills throughout the national lockdowns.

“That’s why we decided to engage with our supporters by launching our own Craft Club to raise awareness but also raise funds for our daily missions, which we do not receive Government or NHS funding for.”

To get involved with the charity’s Craft Club, you can find out more on the Craft Club page

To find out more about Midlands Air Ambulance Charity’s volunteering opportunities, visit the website and follow the organisation on social media.

If you’re interested in the Meloca Designs pattern, visit: melocadesigns.com/products/midlands-air-ambulance-cross-stitch-kit