The Will to Make Future Missions Possible and Save Lives 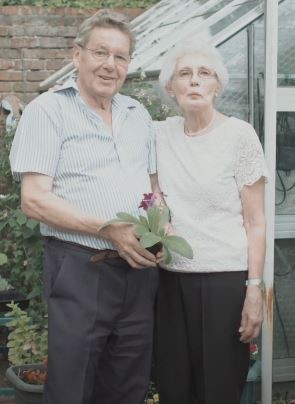 With four in ten lifesaving missions funded by a Gift in a Will, legacy giving is crucially important to Midlands Air Ambulance Charity’s continued operations.

Mike Lewis, 78 from Bewdley, a former patient of the lifesaving service, knows all too well the vital role that Midlands Air Ambulance Charity’s pre-hospital medical team can play in a patient’s outcome.

In 2018, aged 76, Mike fell from a set of ladders at his home. Unfortunately, he broke all the ribs down his left side, which resulted in him sustaining a life-threatening injury, a punctured lung.

Mike Lewis says: “I vaguely remember asking my wife, Andrea, if anybody was coming and within minutes, I heard the noise of a helicopter in the distance.

“The next thing I knew I saw the red trousers of the critical care paramedics walking towards me.”

Mike continues: “I was in so much pain and struggling to breathe with the punctured lung. I know that without Midlands Air Ambulance Charity coming to my rescue on the day of my accident that I simply would not be here. They saved my life.”

Since the fall, Mike and his wife of 54 years, Andrea, have done all they can to fundraise and support the helicopter emergency medical service that he dearly owes his life too and has pledged to leave the charity a gift in his Will.

Mike explains: “I brought the subject up with Andrea and discussed how I wanted to leave a gift in my Will. It’s not much but it’s one of the many ways in which I can continue supporting the charity that saved my life, even after I’m gone.”

If you are over 55, you are eligible to take part in the charity’s Free Will Writing Service, details of which can be found at: midlandsairambulance.com/freewillscheme.