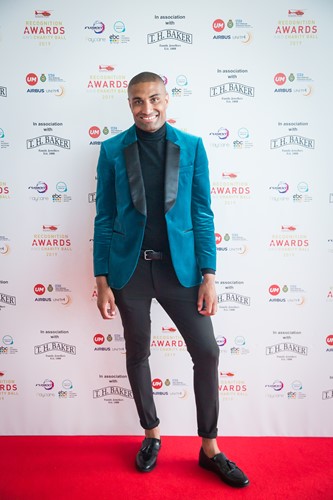 Most famed for being part of the BBC Radio 2 Breakfast Show team and appearances on The One Show, local lad, Richie Anderson, has become an official ambassador for Midlands Air Ambulance Charity to help raise further awareness of the organisation’s critically important work in the region.

Richie, who is originally from Smethwick in the West Midlands, has a particular affinity to the charity as a close friend was once airlifted by the service in the 1990s. Before becoming an official ambassador, Richie has attended the charity’s Recognition Awards and Charity Ball, hosted a virtual quiz and appeared on Celebrity Mastermind on behalf of the rapid response service.

Richie will help raise awareness and draw attention to the lifesaving work of the charity which receives no Government or NHS Charities Together funding and relies solely on the generosity of the general public for its 4,500 missions in the region each year.

On becoming an official ambassador for the much-loved charity, Richie said: “It is an absolute pleasure to support Midlands Air Ambulance Charity. Any one of us could need the advanced care of the specialist doctors and paramedics and I am in awe of the work they do, providing hospital-level care to the patient at the scene of an incident, before taking them to hospital.”