Tipton & Coseley Building Society has ended the year on a high by smashing its 2018 fundraising target for Midlands Air Ambulance Charity. 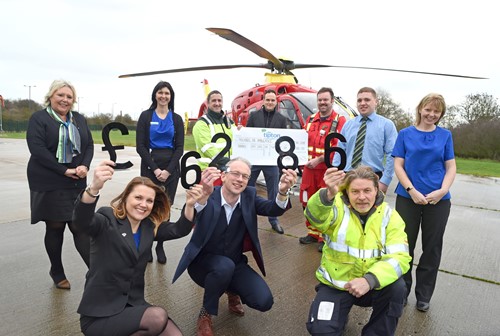 The money was raised via a number of events including a sponsored sky-dive, bake off and a 130 mile indoor bike ride.

Richard Newton, CEO, The Tipton said:“We’re proud to support Midlands Air Ambulance and delighted to have raised over £6000 this year.

They help save many lives each year and our staff have really taken to such a worthy cause that receives no government funding. I'd like to thank our customers and staff for supporting our fundraising during the year and we look forward to raising even more in 2019".